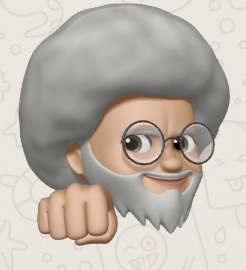 Please indulge a little pre-recess pondering. Educators don’t just flip a switch the last days of the semester. There’s a “de-climax” after the grades are submitted. The end-of-the-year celebrations and conversations dissolve into reflections of successes and short-comings.

“Story Time” became the most favored activity in the last hours of the school year. Some teachers played popular movies for those students who came to the school building. But due to streaming limitations, those students at home couldn’t participate.

One teacher took liberties that were not afforded to everyone. He drew from his semi-relevant bag of tricks. He discussed connections between the curriculum and the real world. And when the students realized that their teacher had been holding back on story-time all year, they began to question why.

“Why did you make us take notes on the text if the text wasn’t entirely true?” “What is the truth?” “How do we know that you’re telling us the truth now?”

Who could have predicted that students would engage on the last day of school? Had their teacher been deliberately withholding the “meat” of the lessons? Why had he waited so long to dispense with the “juice” of these tales?

To answer these questions, the circumstances must be disclosed. A year-long pandemic exasperated by a need to facilitate instruction doesn’t just happen! In addition to “multi-planning” to students with various learning abilities, proximity obstacles, and health restrictions. No amount of planning was going to make traditional lessons meaningful. These are the moments that spawn innovation.

This teacher used the text to model form. Preview, prepare, annotate, assess, repeat. His evaluations didn’t reflect the rubric. He was not commended for lesson planning. He was recognized for not giving up. He mustered passion and proceeded accordingly.

In the final hours, this teacher revealed the truth to his students. He told them (now that the grades were submitted) that they had ever only needed to show up. He revealed to them that he could not measure their understanding of the content. He alerted them to the dangers of being promoted without mastering participation. He warned them that this will never happen again.

They took a journey down winding paths that addressed colonial systems (without discussing critical race theory). They once explored the text, but now discussed why it was written in such a way. They compared traditional systems to their fantasy movies and comic books. They even grazed on Wonder Woman’s true identity, the differences between Marvel and DC comics, and that Superman was nothing more than an alien. One student asked if Batman was nothing more than a representation of American upper-class wealth and entitlement.

Proud of how the conversation progressed, now facilitated by the students, he paused. He no longer wanted to tether the discussion to simplistic observations—like how Marvel was colorful and and DC was more dark. Instead he watched the clock and mourned for the time lost to Western Civics and the rationale for writing a third draft.

His students had far more to offer than he’d even imagined. Were these his students or was he their student? It’s been said that mastery can be assessed by how well the students conveyed what they’ve learned. When they can teach it, they’ve mastered it!

On this day, the LAST day of the academic year, the students became the teachers. No one felt like they were victorious having survived a pandemic. Instead they felt like they progressed into the next level of Fort Nite, where they would have to assemble their team, gather their resources, and creep boldly into a world that they don’t understand.